Getting Started With Google Chromebooks 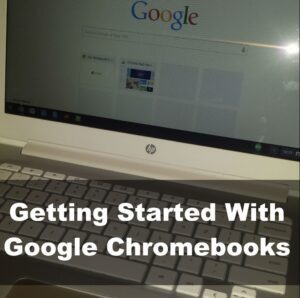 A few years ago, I purchased an iPad, thinking that it would make a perfectly sized portable computer on which to write blog posts, short stories, and even my novel. At the time, I had an iPhone as a mobile communication device so I thought the setup would be perfect.

Unfortunately, I discovered that blogging on my self-hosted WordPress site using the iPad had a less than optimal workflow. The biggest stumbling block in my case was adding photos to my blog posts. On my laptop, I download a photograph from one of these sources and editing it in Photoshop. Once the final image is saved as a JPG  in the Dropbox folder on my computer, I upload it to my server. If I'm using a computer that doesn't have Photoshop, then I'll graphical elements and text to the photo with the online image editor Pixlr.

None of these options worked with my iPad. But it's been a relative breeze with the Chromebook, though there have been a couple of speed bumps. 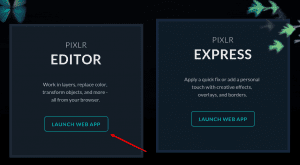 As you can see from the image above, I used an image editor to add an arrow to graphic for this post. (Technically, I used the Awesome Screenshot Chrome extension to edit this particular image, but you can do the same in Pixlr) and then saved the image to a Blog Posts Asset directory I created in Google Drive.

Here's the deal though: I normally save all my files in Dropbox on my laptop, which I can then edit on my Android phone. The speed bump I experienced is that after I mounted Dropbox to my Chromebook using the File System for Dropbox app (available in the Web Store), I can't open the files in the folder using the Chromebook apps. I'm not sure what's going on there, but will write an update when I figure it out.

My workaround for photographs that I've taken with my Android phone (which automatically sync to a Dropbox folder) is to select the image I want to use and move it over to my directory in Drive via the phone. This seems doable and not terribly inconvenient for now.

Pixlr Note: A glitch I noticed in Pixlr is that when I have the web application in full screen mode (to hide the advertisement), I can't add text to the image or change the filename of the image. But if I take the application out of full screen mode, I can do these things.

So far, setting up my Google calendar, Gmail (which I use to capture and reply from all my domain emails), Drive and other Google-related goodness took all of about two minutes. I think I'm in love!