Start off the new year on the "write" foot with our writing prompts unit! Click here to learn more...
You are here: Home / Education Analysis / Book Review: A Teacher’s Tale by John Thompson 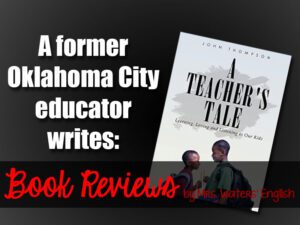 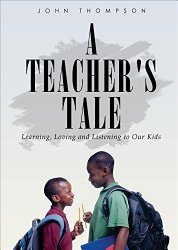 Every so often, I will pick up a book that illuminates my own experiences, opens my eyes to the truth behind those events, and often helps me put a name to whatever I have been muddling through on my own. Oklahoma City educator John Thompson has written one such book.

Prior to downloading the Kindle version of A Teacher' s Tale: Learning, Loving, and Listening To Our Kids on a Saturday evening, I'd followed Mr. Thompson's writings in the Huffington Post, Scholastic Administrator, and Diane Ravitch's blog. I had an opportunity to meet him at a workshop or event once, and we follow each other on Twitter. All that said, I had not really had a chance to delve into his teaching philosophy until a review of his new book showed up on my Facebook news feed.

The review including the following snippet from his book:

I was never a hat-snatcher. I did not believe in grabbing students’ contraband, whether it was hats, cell phones, marijuana, or gambling proceeds. So how did I find myself firmly holding half of a gang leader’s hat, ignoring the teenager’s threatening look?

I have been in the same boat a few times. I do not consider myself authoritarian, but yet I've had to take on that role in my classroom in order to maintain a semblance of order. My vision of teaching includes constructivist, project-based learning in which the students revel in the process of creating authentic learning artifacts, discovering truths about themselves and others, and mastering the skills they need to be effective communicators in our ever-changing world. Yet, I have had to take on a role of disciplinarian that I'm most uncomfortable with, particularly when students (and sometimes their parents) don't appreciate that I'm trying to help them become the people they are capable of being, to reach the dreams they tell me about in their first-week-of-school writing exercises.

Over the years, I've struggled with the pedagogical dichotomy between the supportive teaching philosophy I aspire to, and the realities of managing 25 to 30 teenagers in a classroom during 7th hour. My ideas have worked in some schools, where principals and colleagues have supported and advised me — and placed the onus for misbehavior where it belongs: with the student. Those same principles backfired in a school where administration gave me a very clear zero-tolerance-for-classroom-disruption disciplinary process, but then criticized me at the end of the year for using the process too frequently.

Certainly, all children must be allowed the freedom necessary to explore their deepest moral and emotional selves, but adults are responsible for assuring the safety that the journey requires. Protecting all children, even from their peers, I concluded, was a prime prerequisite for their learning. It is not easy to acknowledge the depth of so many children's suffering, especially when it requires adults to set aside their most idealistic preferences in order to maintain control of learning environments, but that is the price of admission for the opportunity to truly help children in need.

Mr. Thompson calls this hybrid pedagogical philosophy “authoritative-supportive” and states that he bases his nomenclature on the research of Chicago education researcher, professor, and author, Dr. Charles M. Payne, who wrote:

…an authoritative-supportive teaching model that includes a “high level of intellectual/academic demand,” a “high level of social demand,” and a “holistic concern for children,” and a “strong sense of teacher efficacy and legitimacy” could best prepare students academically and develop them socially, according to an article in the Spring 2013 issue of American Educator, written by Jennifer Dubin.

This teaching style is the opposite of another one he described, in which the teacher “holds recess” instead of attempting to provide instruction to anarchistic students who would rather socialize. I have witnessed such pedagogical defeat in classrooms of veteran teachers and new teachers alike, including a new teacher who seemed lost in a sea of social middle schoolers (I could frequently hear his students through the cinder block wall separating our classrooms), and an overworked veteran who dealt with resistent students by letting them do whatever they wanted, as long as they didn't disrupt the class.

While Mr. Thompson's teaching experiences transpired in high poverty urban schools, I believe his lessons can be taken to virtually any classroom in Oklahoma. One common theme I have seen through all my years of teaching, and at the various schools where I've taught, is that a growing number of students are coming from high-stress, traumatic backgrounds, and who require social-emotional remediation in order to be successful in the classroom — and ultimately in life.

Usually book reviewers wait until they've finished reading the material before they write a review — but the epiphany I had, and my excitement over having a name for my teaching style (which legitimizes what I'm trying to do) — led me to write now, even though I've only read 11 percent of the book. Back to reading… 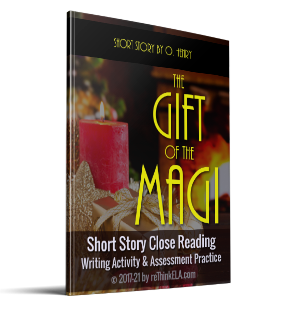 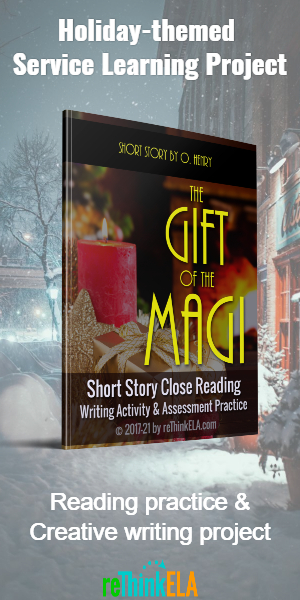