#WhyITeach: For The Connections Made (Alexis’ Story) 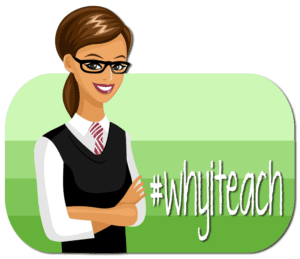 Teaching isn't just about making a difference — adjusting the course of someone's life, even if just by a couple of degrees. Sometime's it's about making a connection, and sometimes that connection actually has something to do with the content being taught.

One of my most memorable teaching experiences happened during the first year I taught 7th grade Language Arts. My class was learning the elements of plot, as we read a narrative nonfiction version of “Titanic.” I tried starting a discussion, but the principal was in the room observing me, so my students were just sitting quietly. After a few false starts, I realized the students also didn’t understand what makes a story.

And then I had an epiphany.

A few days earlier, I had tried to get the kids to watch a Titanic documentary, thinking they’d enjoy seeing the real thing. Wrong! They were bored. They asked if we could watch the Titanic movie instead.

So, with my principal watching, I mentioned the documentary and asked the students if they’d liked it. They responded with a resounding chorus of “NO!” I asked if they liked the Titanic movie. Another emphatic response: “YES!”

“What’s the difference?” I asked. “Why did you like the movie but not the documentary?”

A few kids called out: “The documentary was boring!”

Alexis – a bright young woman who spent a bit too much time in trouble – snapped her fingers, and said with gusto, “’Cause it’s a loooove story!”

Normally apathetic students tossed in their opinions as I explained how the elements of plot in Titanic made them care about the characters who were in love, even though we knew the ship would sink, and how those elements are the same in books. It was a wonderfully raucous moment of learning where everyone was engaged in the lesson.

This is why I teach.