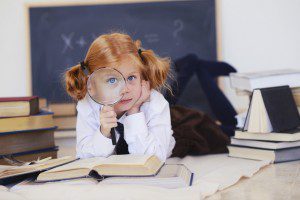 I don't have a problem with newspapers expressing their opinions on the editorial page, even if I don't agree with them. I have written my own editorials that people have agreed and/or disagreed with, and have received my share of “hate” mail as a result.

That said, I think the staff owes it to the public to do their research and make sure they are not committing logical errors in their reporting and their editorials. Let's discuss today's education-related editorial as an example.

The Oklahoman's editorial staff thinks that our legislators are not voting conservatively, according to today's editorial, “Oklahoma Republican lawmakers' votes contradict thier [sic] rhetoric.” I don't have a problem with that. As an independent, I am sometimes liberal and sometimes conservative, sometimes both in the same day.

But then the editorial goes on to make a false assumption:

The Oklahoma Central Parent Legislative Action Committee (PLAC) …supported legislation that allowed children to be socially promoted to the fourth grade even when multiple tests show those children are severely illiterate.

First, the editors are assuming that everyone who didn't pass the test did so because they are illiterate. They are not taking into account the child who had a bad day, the child who doesn't test well, the technical errors that may have disrupted the child's test, or the fact that the OCCT tests do not measure reading ability.

Yes, you read that right, the test that editors are saying shows that children are severely illiterate actually does NOT measure reading level.

According to Claudia Swisher, retired reading specialist from Norman with more than 20 years experience teaching from K through 12 grade stated in a letter to her representative:

1. [The OCCT] is not a test of reading comprehension alone…it also tests poetic elements, figurative language, vocabulary, and research tools(like almanacs and phone books).
2. [The OCCT] cannot give reading grade levels. It is a criterion-referenced test, not a norm-referenced test. There is no way to say, as I've heard many politicians say, that a child who scores Unsat on the test reads at the first grade level. Might be he doesn't know what an almanac and phone book are for.

Clearly, it is NOT true then that our children are severely illiterate.

The editorial doesn't stop there. The editorialist criticizes the PLAC for opposing legislation that would allow charter schools to open in rural areas. Again, they're entitled to their opinion. However, the editorial includes yet another false assumption:

Rather than support local control, PLAC apparently takes a different view: You’ll take what the government gives you, and you’ll like it, regardless of quality.

So, the answer to providing quality education in rural areas is to allow privately-owned, for-profit, unregulated charter schools to cannibalize our rural districts?

I have a better answer.

How about we properly fund and support all of our school districts, work collaboratively with our administrations, faculties, and staff members to find equitable solutions within the system we have.