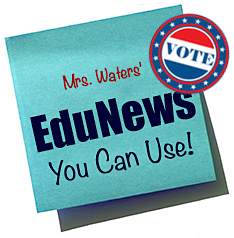 After a riveting primary election for State Superintendent of Pubic Instruction, Barresi has been soundly beaten in the Republican race. Joy Hofmeister started with a a majority and just kept racking up the votes.

With 6% precincts reporting: Hofmeister at 54% #oklaed

With 33% reporting: Hofmeister in the lead! pic.twitter.com/u5ajxSMWCe

KFOR is surprised by this. Guess they weren't paying attention! #oklaed http://t.co/xlFB3TW63q

@joy4ok Now ahead by 57.2% with 82 percent of precincts reporting! Her lead keeps growing! #oklaed pic.twitter.com/NYDFnlYI1r

The Democratic race wasn't as decisive, with John Cox ahead by a small margin and Freda Deskin right behind.

If you're a registered Democrat, you'll have an opportunity to choose the best candidate in the Democratic runoff on the 4th Tuesday in August.

The Democrat who wins the runoff will face Joy Hofmeister in the general election in November.