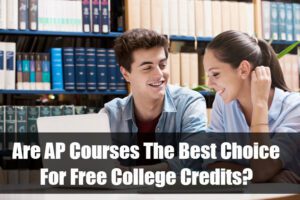 Editor's Note: Little Axe Middle School English Department Head Debbie Self, who teaches 8th grade English, shared a perspective on the AP U.S. History debate that I didn't know about, so I asked her to write an article for me to share with you.

The content of AP courses is great. The problem is the AP test for college credit is MUCH harder to pass than if the student took the actual college course. Most students fail the AP test and still have to take the college course. In fact, according to a U.S.News & World Report article, College Board: AP Exam Pass Rate Nearly Doubles in 10 years, only 12.5% of students who take the AP tests pass them.  This has been a chief complaint by many. Additionally, Oklahoma’s pass rate is less than 8%. [tweet_dis]In my opinion, it is better to let your child take concurrent classes which gives them a much better chance at earning college credits.[/tweet_dis]

Recently, the government has been talking about getting rid of AP classes.  While I think that it should be the parent's choice, not the government’s to away that right, I also believe that holding AP classes in schools is wasting many student’s time due to the complexity of the AP tests.  Students go into these classes expecting to earn college credits, but the tests are just too difficult for them. What is the answer?

Many schools offer online concurrent enrollment classes during the school day and many students qualify for free tuition. To me, that is a safer option than taking a chance of wasting a year in an AP class and then not scoring high enough on the AP test to get credit.   My son graduated with a 4.3 GPA and did not pass his AP tests with a high enough score to get college credits.  He wasted two years of taking classes that did not earn him any credits.  His senior year, he took some online concurrent enrollment classes at the high school and earned straight A’s.  If I would have known then what I know now, I would have encouraged him to take straight concurrent classes and skip the AP classes.  Again, it is just a matter of choice, and that choice should be up to us — not the government.