Gov. Mary Fallin signed a bill into law in April of this year that will combine and continue $200 million in public financing for companies considering a move to Oklahoma or who want to expand existing facilities. This is part of the $2.19 billion our state spends on business incentives each year. 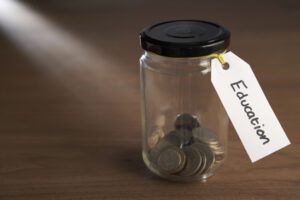 This sounds great until you realize that Oklahoma students are suffering from the greatest cuts in education spending in the nation, and our governor has lowered taxes for the state's top income tax rate. 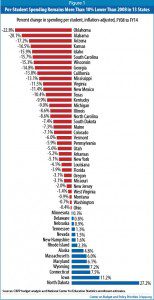 According to Gov. Mary Fallin's own website, she is going to lead a national education initiative, increase degrees and certificates awarded in Oklahoma, hold schools accountable for performance, implement literacy improvements, and increase funding for education by $90 million by fiscal year 2014 .

This sounds wonderful until you realize that education spending has been cut by $224 million since 2008.

States spending the least per student include:

Conversely, the states spending the most on students spent more than twice as much as the bottom five states:

Perhaps if we put the $2.19 billion in corporate incentives into our education systems, we wouldn't have to pay companies to move here.