On Teachers (And Others) Who Blog 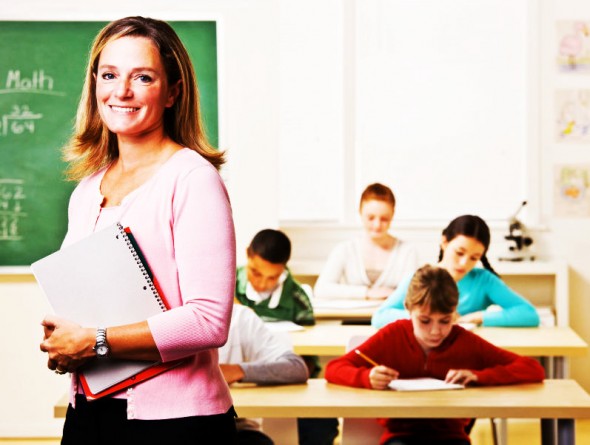 The blogosphere has been awhirl this week with stories of a Pennsylvania teacher who wrote disparaging remarks about students on her blog — and has been suspended from her job as a result.

In her defense, the teacher, Natalie Munroe, says that none of the posts were about specific students, that she thought the blog was private (or at least really hard to find) and that she has the right to state her opinions, even if they are not popular.

This is not the first time this has happened.

Back in 2002, another woman, Heather Armstrong, complained about co-workers on a blog called Dooce.com. She didn't name any co-workers specifically and didn't mention the name of the company she worked for. However, as in the case of Munroe, Armstrong's bosses found out about her blog. And they fired her. She went on to become a famous blogger who earns her income from her blog.

If you've been online for awhile, you may have heard about “Cisco Fatty” who Twittered that he'd been offered a job at the computer networking company and now had to weight the “fatty paycheck” against “hating the work.” Again, the company found out.

Personally, I hosted an online community for five years in which members were allowed to say whatever they wanted. We would not censor them, we would protect those First Amendment rights. Because of the nature of the forum I hosted, members were anonymous, with no way for anyone but the administrators to trace them back to actual people. Mostly. We ended up with a situation where some of our members disliked another, and reported to her state agency boss that she was posting and managing online communities during work hours. Fortunately for her, she hadn't said anything negative about her company or co-workers and her boss only cared that she was doing her job.

But this all raises the question: Where is the line between First Amendment rights and professional conduct?

As a former newspaper reporter and journalism student, I've had freedom of speech and press laws and issues drummed into my head throughout my educational career, beginning in high school, and throughout my professional career.

What I learned boiled down to this: You have the right to print (or say) what you want, but you have to be careful. You can't libel someone, for example.

I carried these lessons over to my forum and web hosting business after I had kids. I firmly believed that we should allow people to say what they want.

What I didn't realize is, when you give people free reign in saying what they want, coupled with online anonymity, they often go much further than they should. Things people would never say to someone's face, they will say online. You end up with feelings hurt, relationships damaged and sometimes things carry over into “real life.” In other words, when people start saying whatever they want online, and people get offended or hurt, those feelings often result in actions taken off line.

The situation with Armstrong and Munroe are no different. While these two women did have the right to say what they wanted online, they must still suffer the consequences for what they chose to say.

As I tell my children: No one can make you do anything, you can make your own choices. But there will be consequences — good or bad — for the choices you make.

So what does this mean for teachers? It means that while you do have freedom of speech, that freedom comes with responsibility. As a teacher, you are an authority figure in the lives of thousands of children. Many of those students look up to you and whatever you say will be taken to heart by them. Even if you aren't addressing a student individually, any student who reads your words can be hurt by them.

For example, if you criticize shy students, any shy student reading your post is going to wonder if you're talking about them, or if their teachers think the same thing. You know the saying: Sticks and stones can break my bones, but words will never hurt me? Not true. Words leave hidden wounds that take years to heal, if they ever do.

Therefore, you have the responsibility to take great care in what you say.

In a nutshell: If you don't have anything nice to say, don't put it on the Internet.